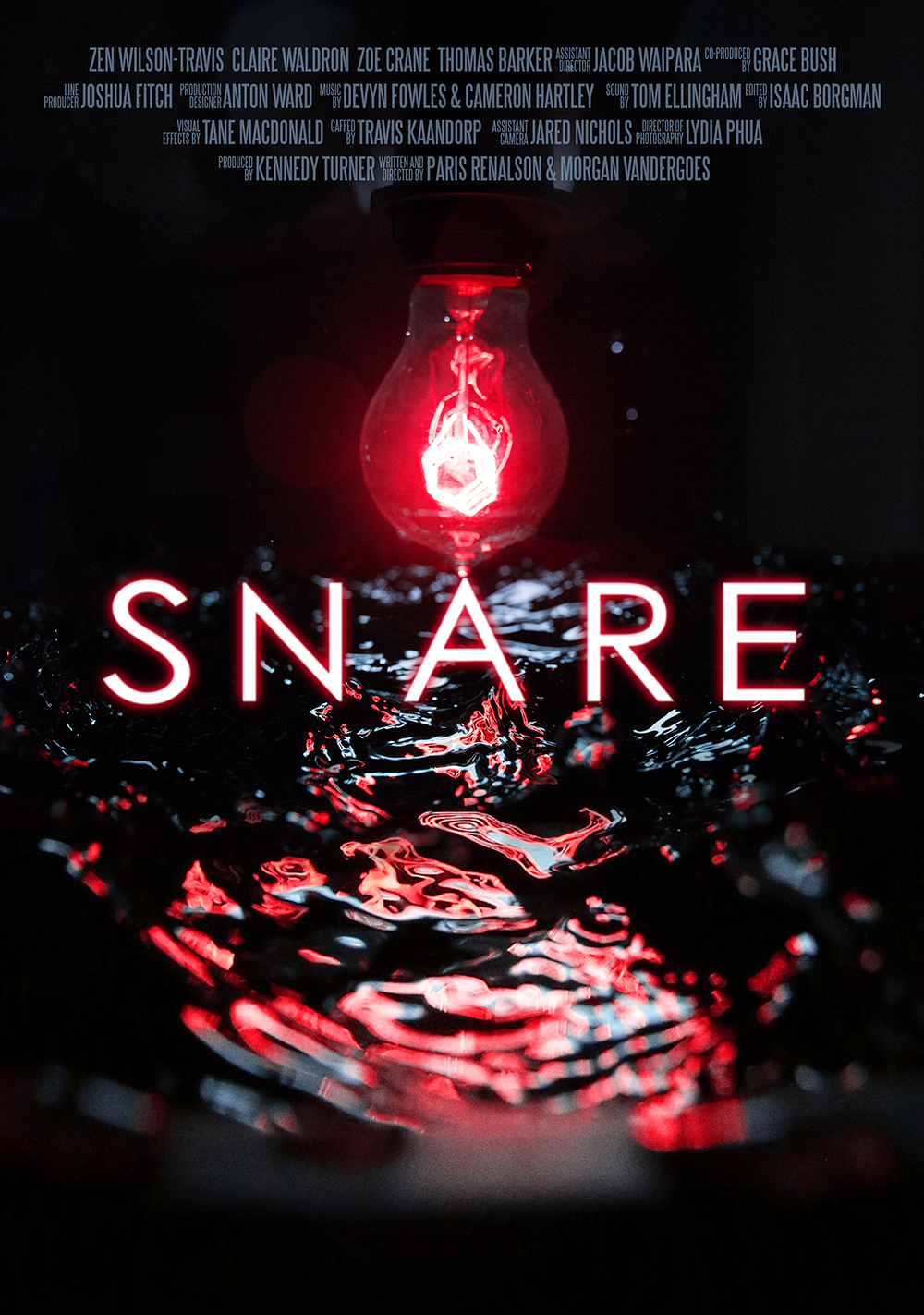 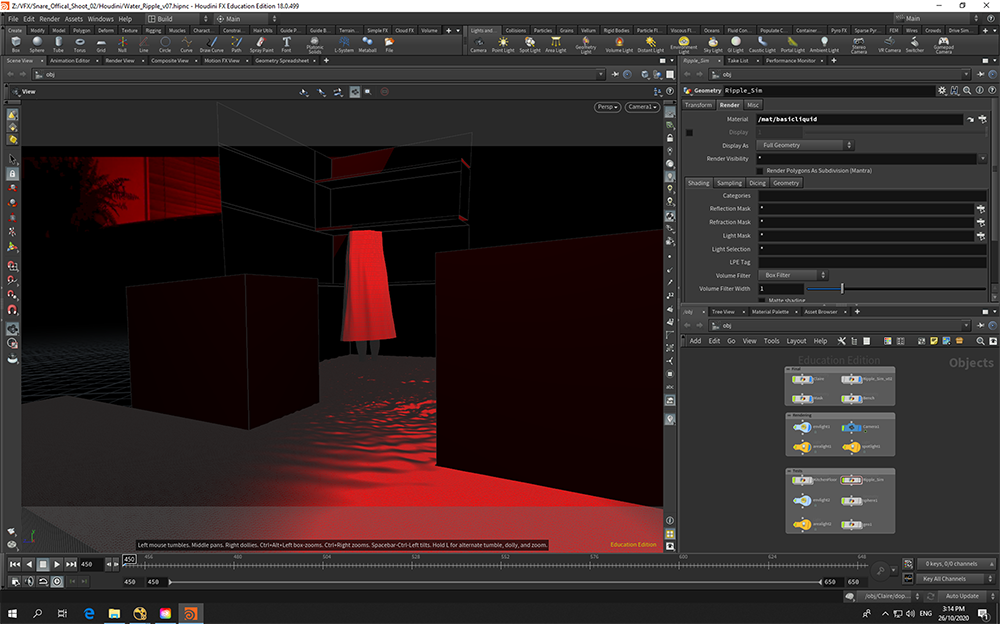 The Final Project Scene in Houdini 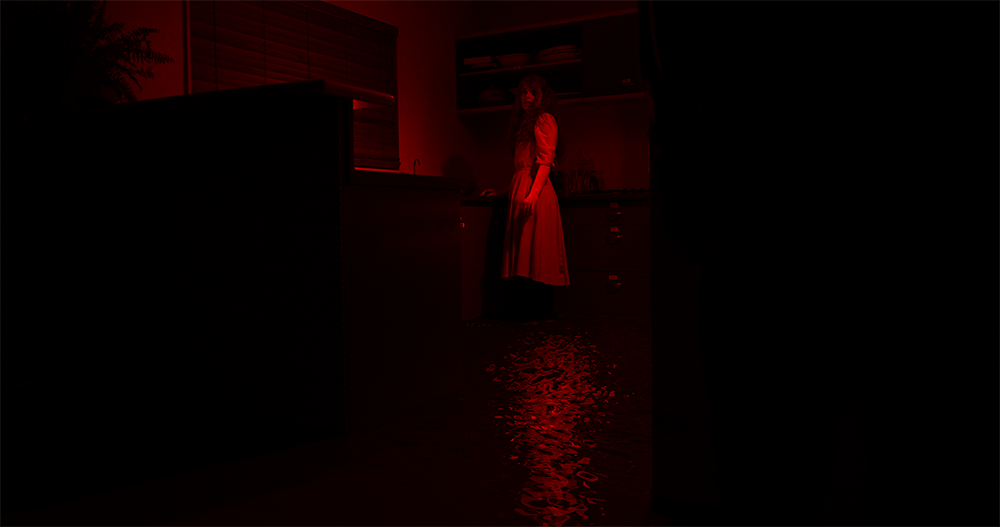 My role as the Visual Effects Supervisor in SNARE was mostly focused round the flood scene. Months of pre-planning went into this scene because at first, it was considered a very hard shot. Lots of creative and technical decisions were made with the directors on how we could create a polish result. This meant that 26 editions of water simulations were produced for this scene before the deciding the final cut.
Snare is a Psychological Thriller short film that follows Simon, a young adult who begins to question his family’s intentions after becoming trapped within his own home. Through a non-linear structure and distinct visual style, Snare explores the effects of mental health and the impact it has on both the individual and their family.