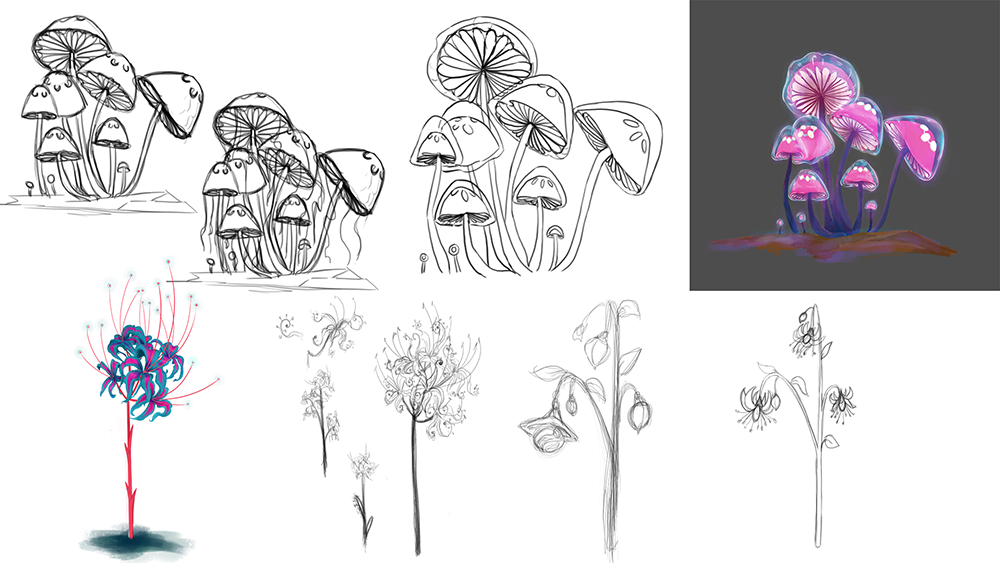 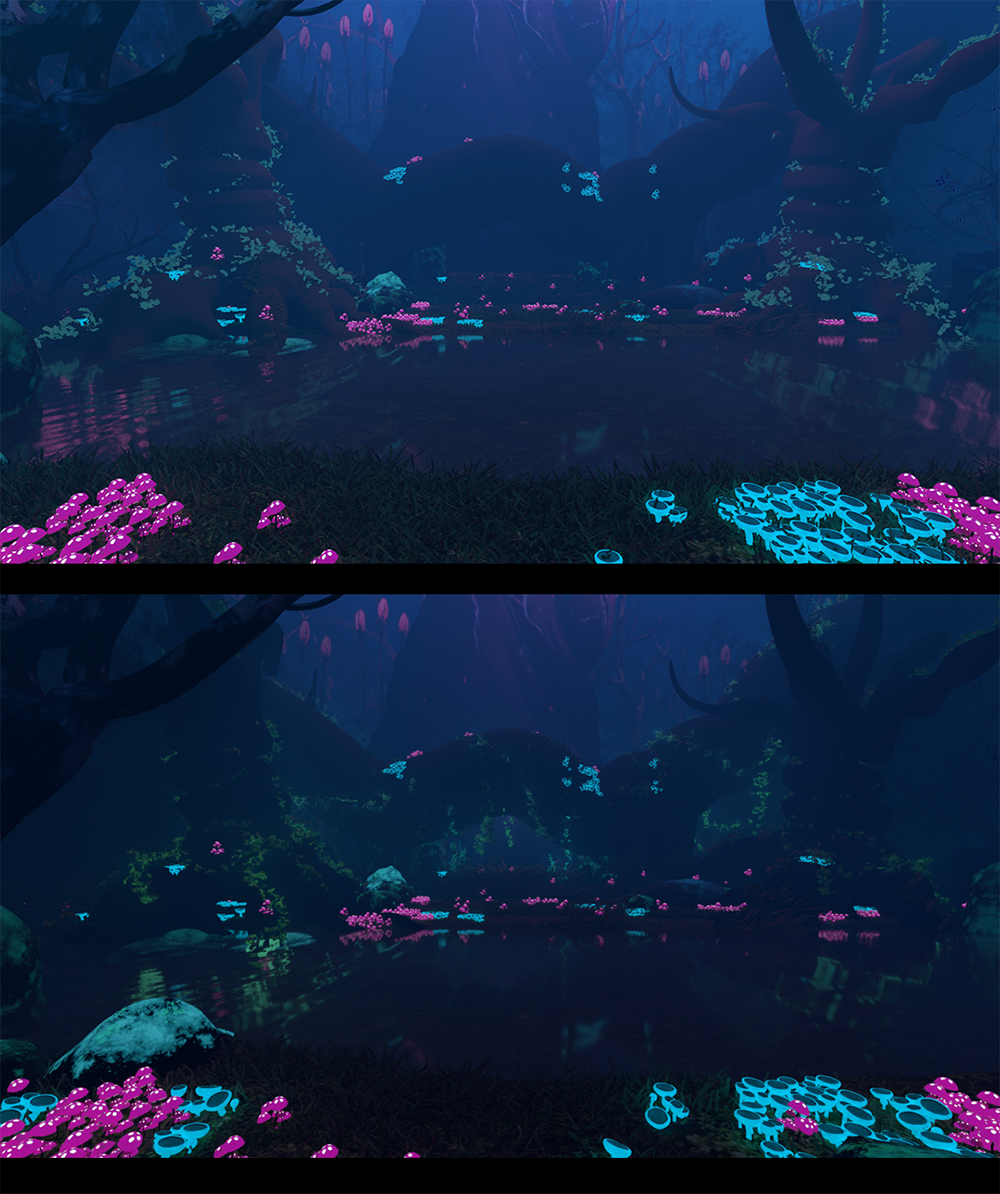 Comparison of layout and lighting development for intro shot

My roles on Of Ugly Things were concept artist, Animator and Lighter, I have also done the 3D layout designing for the project environment. I helped with creating a visual aesthetic for Of Ugly Things by translating the concept art in 3D. I’m passionate about animating and had a strong interest in environment concept art design as well as lighting process.
Set in an eerie landscape, a primal creature wrestles with its nature and the encroaching forces of the world around it when it is confronted by a defenceless child. Of Ugly Things is a short 3D animated horror/thriller film created for the client of Terror-Fi film festival as a major project for the Bachelor of Creative Media Production course.