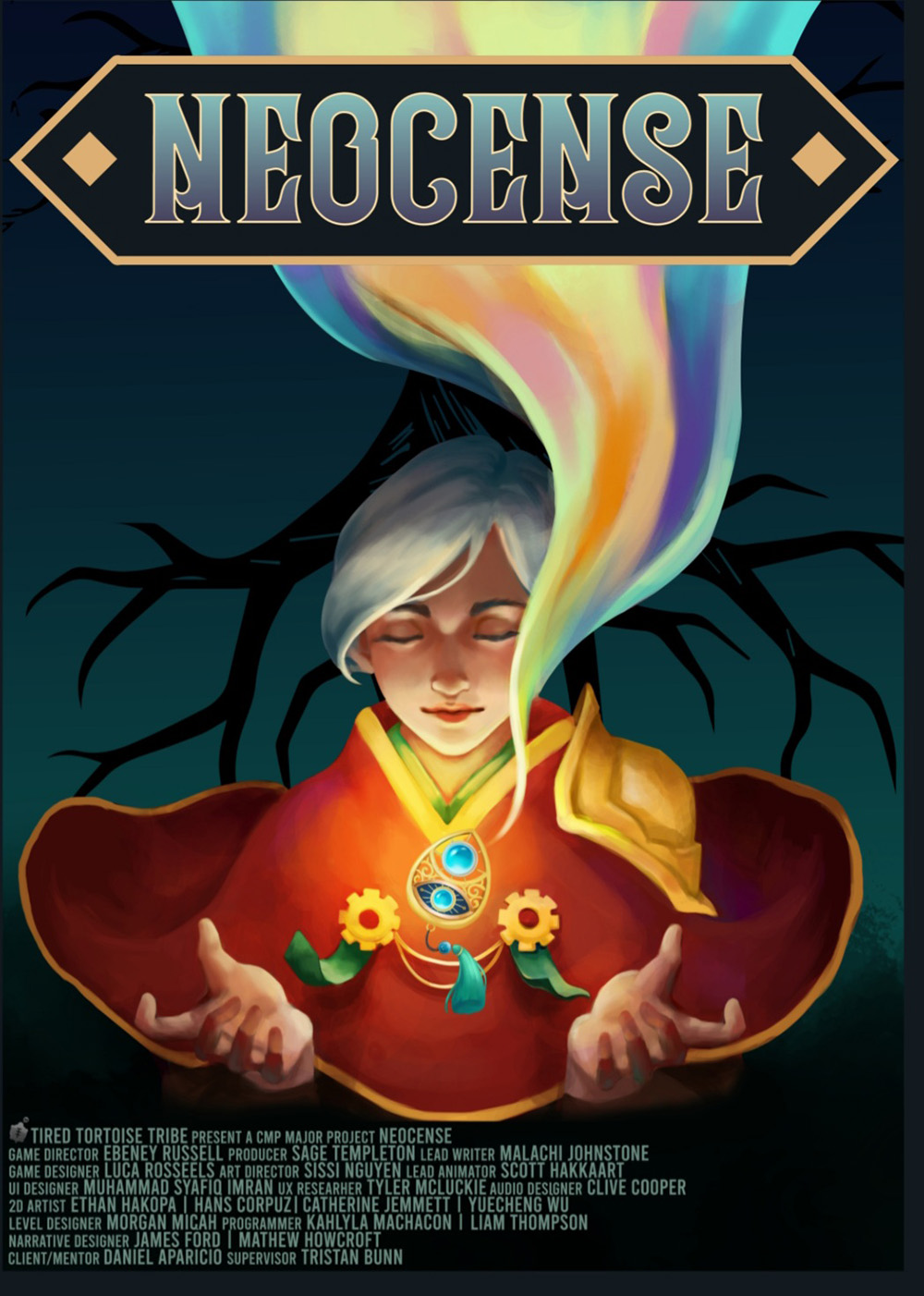 I worked as the lead animator on Neocense. I used Toon Boom Harmony, Adobe After Effects and an application called Glue It to create two-dimensional game sprites. As this was the first game project I have worked on, there has been much to learn. I spent most of the time animating the main character Amori, whose actions needed to be animated in 8 isometric directions.
Neocense is a 2D isometric puzzle game made in Unity. Explore the world of Cha as Amori, who has just discovered she has a rare gift called the Cense; she can connect with spirits and enter the realm of passing. Through seeking the truth about her identity, Amori delves deeper into Chas past, The Hunters Army, and the history they've tried to bury. It's only a matter of time before she realizes the hardest unturned stones are the ones weighted with grief, and it's these which reveal the most about us.