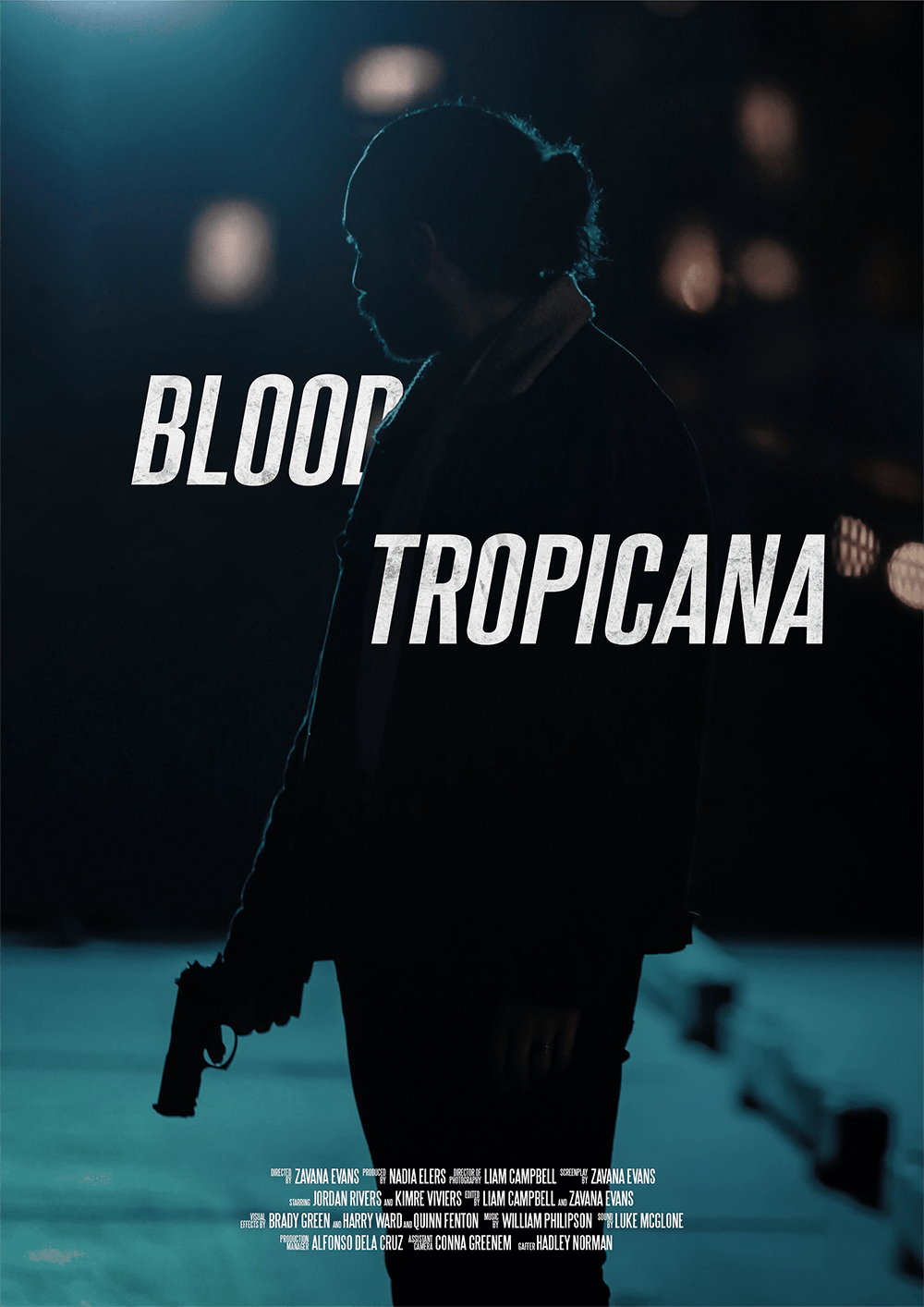 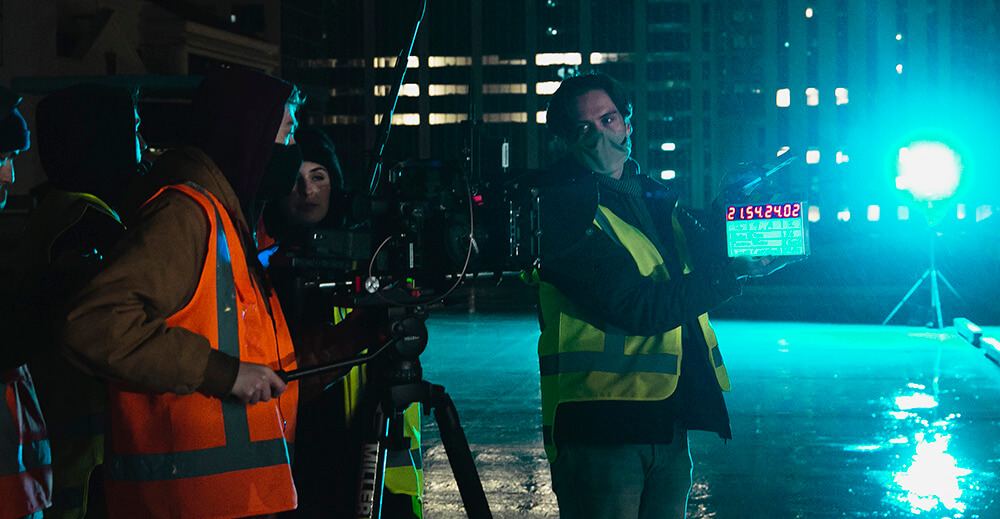 On location for one of our shoots

A still from our bar scene

As the DOP of this project, I set out to make a visually interesting short film, a unique merge between Sci-Fi and Film Noir. Filming went smoothly and although there is a lot I’d change in hindsight, I think the end product is a success that I learned a lot making. We are now entering it into film festivals for it to be enjoyed by a wide range of audiences.
Blood Tropicana is a 12-minute sci-fi short film set in a dystopian Wellington. Frank, still grieving his late wife, decides to impersonate an officer at the I.C.A, the specialists in tracking and deporting overstayers. Frank begins to question his fascist worldviews when he confronts an illegal immigrant inside the seedy speakeasy, Blood Tropicana. The film explores the themes of migration, corruption, prejudice, and loss.