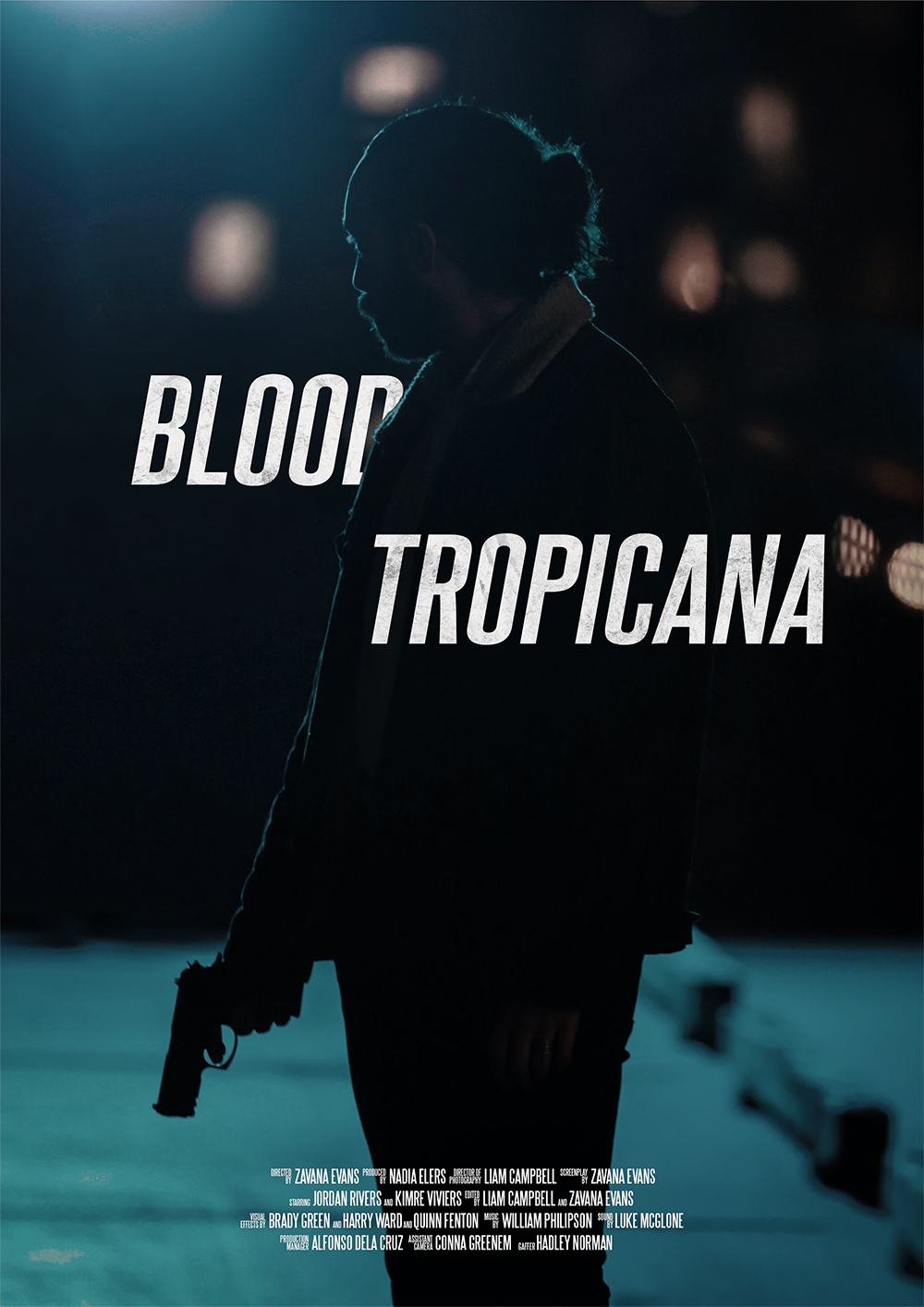 Blood Tropicana set out to create a neo-noir story world and I wanted to help bring that to life aurally, so I was excited to join a group of talented young creatives and work together to create that world, and show our progress to anyone and everyone willing to watch. As many in the group are ambitious we're going to submit our final cut to festivals all over, and take all we've learned throughout production into our future endeavours.

Blood Tropicana is a 12-minute short sci-fi film set in a dystopian Wellington. Frank, still grieving his late wife, decides to impersonate an officer at the I.C.A, the specialist in tracking and deporting overstayers. Frank begins to question’s his fascist worldviews when he confronts an illegal immigrant inside the seedy speakeasy Blood Tropicana. The film explores the themes of migration, corruption, prejudice and loss.